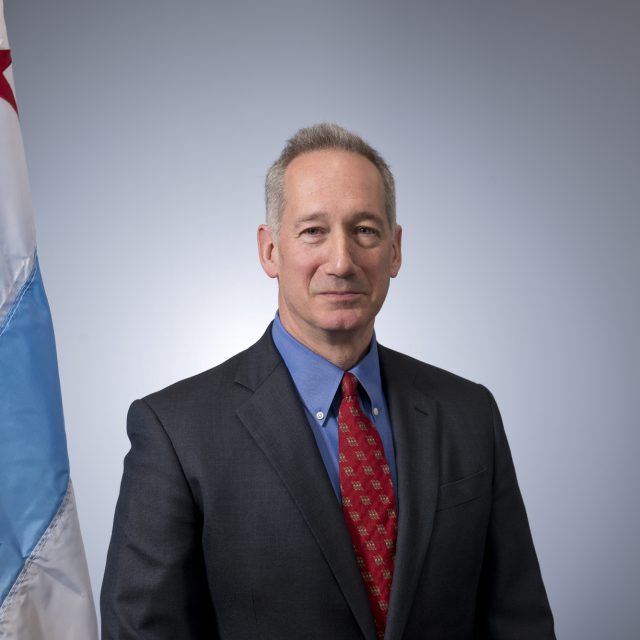 Joseph Ferguson began his third term as Chicago’s Inspector General in November 2017. Prior to becoming Inspector General, Ferguson spent 15 years with the United States Attorney’s Office (USAO) for the Northern District of Illinois. Ferguson was a Chief of the USAO’s Money Laundering and Forfeiture Section and a Deputy in the Complex Fraud and Financial Crimes Section, where he directed cases related to terrorism financing, government program, health care and bank fraud cases. He represented the federal government at the trial court level before the U.S. District Court for the Northern District of Illinois and in appeals before the U.S. Seventh Circuit Court of Appeals. His work included: public corruption, health care fraud, labor racketeering, and terrorism, as well as gun, narcotics, and drug-related violent crime cases. His earlier work as a Civil Division attorney included affirmative civil fraud litigation under the False Claims Act, employment discrimination (Title VII), civil rights, and environmental law. He has also served as counsel on environmental enforcement and death penalty matters brought before the United States Supreme Court.

During Ferguson’s tenure, the Office of Inspector General has grown into one of the nation’s leading municipal oversight agencies through the evolution of its Audit & Program Review Section (APR), and the creation of its Center for Information Technology & Analytics (CITA) and Public Safety section, while continuing the impactful administrative and criminal Investigations section work. Ferguson was co-chair of the Chicago Procurement Reform Task Force (PRTF) that reported out opportunities for the City and its sister agencies to uniformly implement best practices for awarding, managing, and overseeing public contracts. This resulted in the creation of a committee of CPOs (Chief Procurement Officers) that was charged with addressing the Task Force’s recommendations, tracking their implementation, and issuing quarterly and annual reports.

Amidst a public outcry for real and lasting change in local law enforcement, Ferguson was named to the Police Accountability Task Force (PATF). Charged with developing comprehensive findings with specific recommendations for change within the Chicago Police Department in the short, interim, and long-term, the PATF developed pragmatic and transparent recommendations for reform that, among other things, resulted in a duly empowered independent civilian investigative police oversight agency–the Civilian Office of Police Accountability (COPA)–and a dedicated Police Inspector General Office.

Ferguson is a lecturer at Loyola University Chicago School of Law as well as the co-director of its National Security and Civil Rights Program. He previously served as an instructor at the Department of Justice’s National Advocacy Center, which provides training for federal, state, and local prosecutors and investigative agencies. Ferguson has been a member of the Executive Committee for the Board of Directors for the Association of Inspectors General and a member of the Data Analytic Working Group at the Center for the Advancement of Public Integrity at Columbia Law School. He received his BA from Lake Forest College and his JD from Northwestern University School of Law. 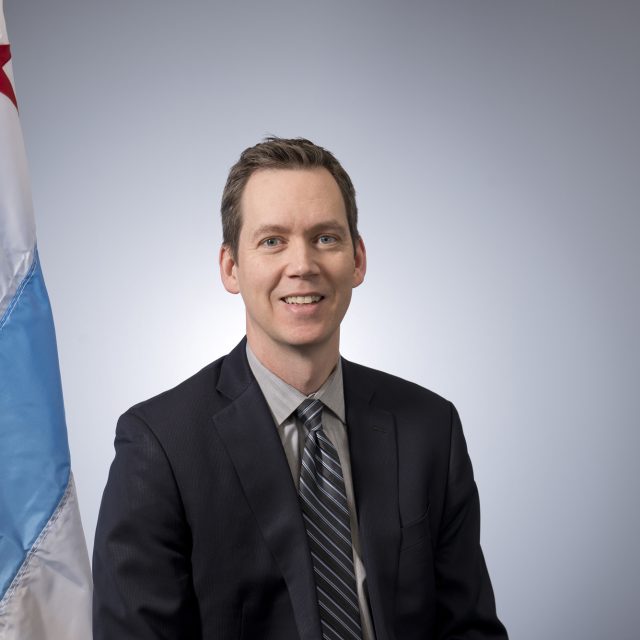 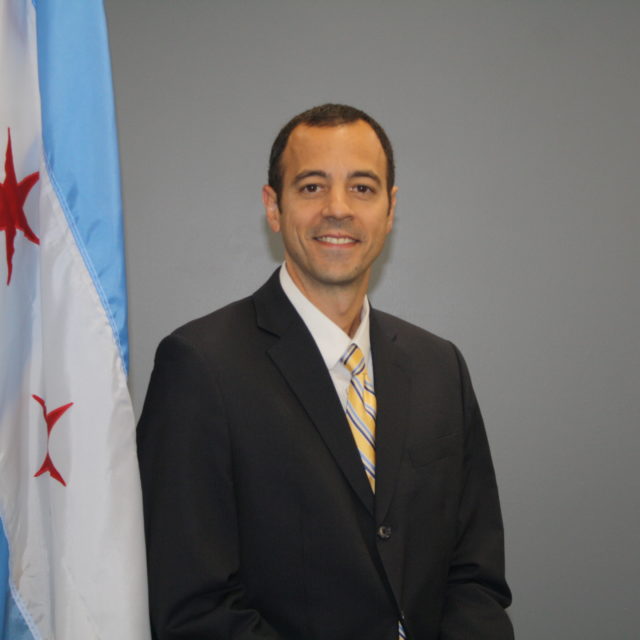 Joseph Lipari joined the Office of Inspector General in 2018 as Deputy Inspector General for Public Safety. Previously, Lipari served as Assistant Inspector General for the Office of the Inspector General–New York Police Department (OIG-NYPD) under the New York City Department of Investigation, where he led investigations into NYPD’s use-of-force reporting, crisis intervention team training and dispatch procedures, and inefficiencies in NYPD’s complaint tracking system. As a Senior Policy Manager, Lipari helped manage OIG-NYPD’s Policy Analysis Unit by interviewing prospective employees, supervising staff, and coordinating with the Investigations Unit. Lipari also served as the chair of OIG-NYPD’s Project Development Committee. Prior to joining OIG-NYPD, Lipari served as the Administrator of the Citizen Review Board (CRB) in Syracuse, New York. In this role, he handled all administrative and operational aspects of the office including complaint intake, investigations, internal and public reporting, data analysis, development of police policy and training recommendations, community outreach, and public relations. Prior to joining the Syracuse CRB, Lipari served as the Executive Director of Citizens Alert, a Chicago-based non-profit organization that worked to ensure effective civilian oversight and police accountability. In that role, Lipari served as Chair of Community Outreach for the Chicago Coalition for Police Accountability and worked closely with community groups, non-profit organizations, civilian oversight agencies, police, and elected officials to reform the City of Chicago’s police accountability mechanisms.

Before entering the field of civilian oversight of law enforcement, Lipari was an academic researcher and instructor of African American history at the University of Illinois at Chicago. His academic research and writing examined the evolution of policing in Chicago and its impact on the City’s African American communities. Lipari earned a BA in Anthropology from Louisiana State University and an MA in History from the University of Illinois at Chicago. 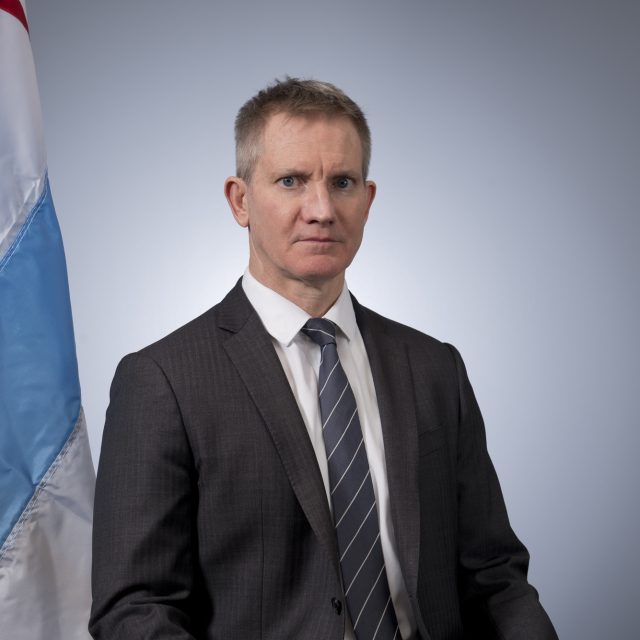 William Marback joined the Office of Inspector General in 2000 after serving as an Assistant State’s Attorney with the Cook County State’s Attorney’s Office from 1989 to 1993, where he was assigned to the Appellate Division, Narcotics Prosecution Unit, Felony Review Unit, Preliminary Hearings Unit, Grand Jury Unit, and Felony Trial Division. Prior to the State’s Attorney’s Office, he worked as Associate Attorney in the litigation groups at the law firm of Hoffman, Burke and Bozick and the law firm of Freeborn and Peters. Marback earned a BA from Loyola University and a JD from DePaul University. 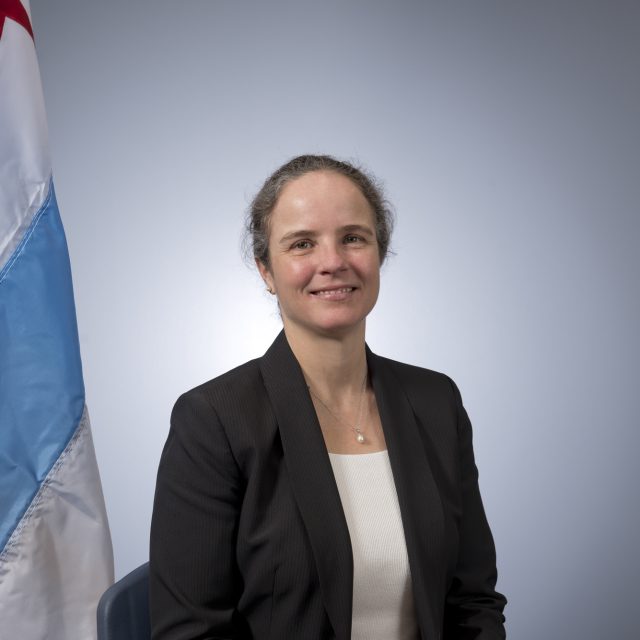 Lise Valentine joined the Office of Inspector General in 2011 after serving as Vice President and Director of Research at the Civic Federation, a non-partisan governmental research organization, where she conducted and led research on government efficiency, transparency, and tax policy. She has taught state and local public finance for the Master of Public Administration Program at the University of Illinois at Chicago, and is an instructor for Inspector General Institute®. She has also served as a trustee of the Governmental Research Association, an elected Commissioner and Treasurer of the Park District of Oak Park, a board member for the Association of Inspectors General, and a member of advisory task forces to the Governmental Accounting Standards Board. Valentine earned a BA in Humanistic Studies from McGill University, an MS in Accountancy from DePaul University, and a PhD in Communication Studies from the University of Iowa. She is a Certified Public Accountant, Certified Internal Auditor, and a Certified Inspector General Auditor®. 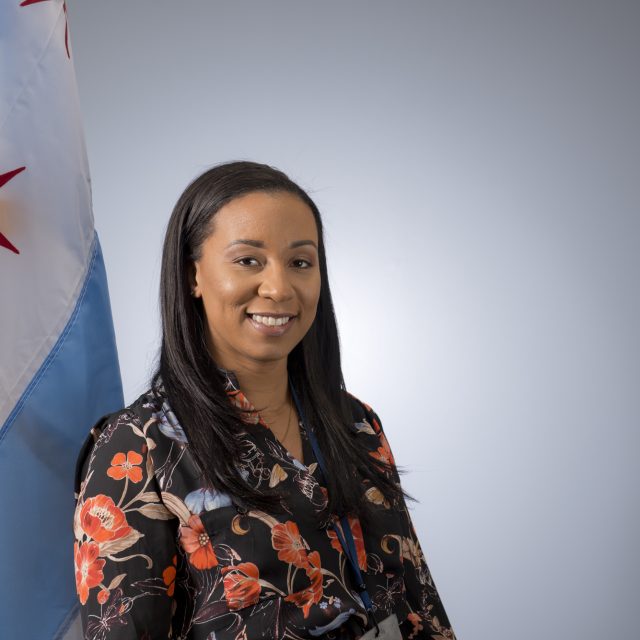 Jonneida Davis joined the Office of Inspector General in 2012, having previously worked at the Cook County Office of Compliance Administrator. There she studied Cook County’s employment practices, policies, and procedures for non-political hiring, promotion, transfer, discipline, and discharge. She is currently a member of the Chicago Bar Association and the Society of Corporate Compliance and Ethics. Davis earned a BS from Florida State University and JD from DePaul University College of Law. 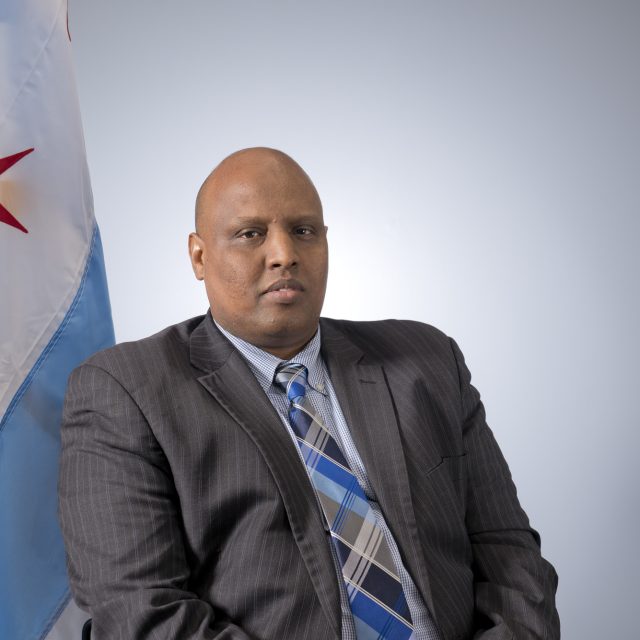 Ahmed Jir joined the Office of Inspector General in 2012 as a Forensic Audit Investigator and currently serves as Chief Technology Officer in the Center for Information Technology & Analytics (CITA). His duties involve managing OIG’s information technology & security infrastructure, data warehousing, eDiscovery, and forensic analytics. Jir is also an adjunct instructor at Northeastern Illinois University, teaching courses in financial and managerial accounting, accounting information systems and IT auditing. He is also a Certified Public Accountant, and certified in computer and cell phone forensics. Jir earned a BS in Network Technologies from DePaul University, an MA in Public Policy and Administration from Northwestern University, and an MS in Accounting from Northeastern Illinois University. 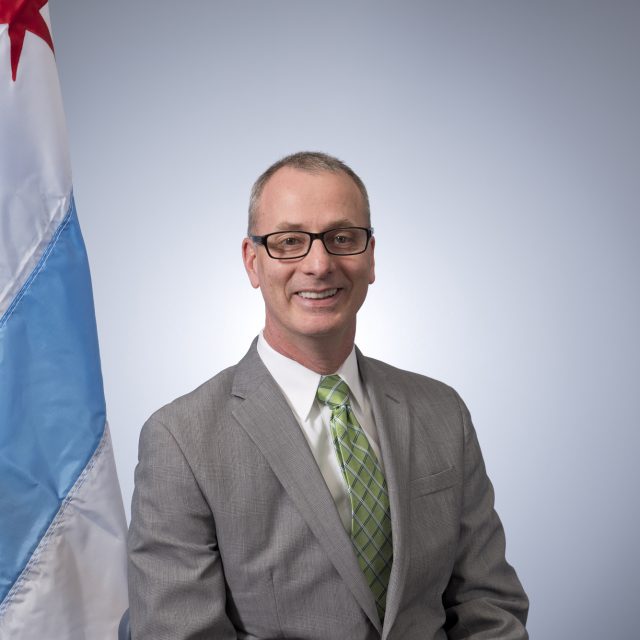 Darwyn Jones has worked at the Office of Inspector General since 2007. He currently serves as a Chief Performance Analyst, planning, assigning, and monitoring the work of Audit & Program Review Section. Prior to joining government, Jones was an Information Technology Audit Manager for a manufacturing company and held various positions, including International Business Analyst, at Wal-Mart Stores, Inc. He is a Certified Inspector General Auditor and served as an instructor for the Association of Inspectors General certification program. Jones earned a BS in Accounting from the University of Missouri–Springfield. 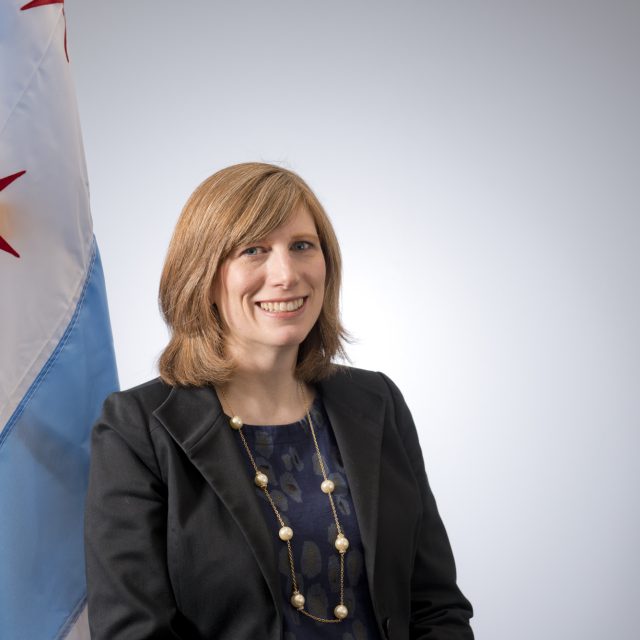 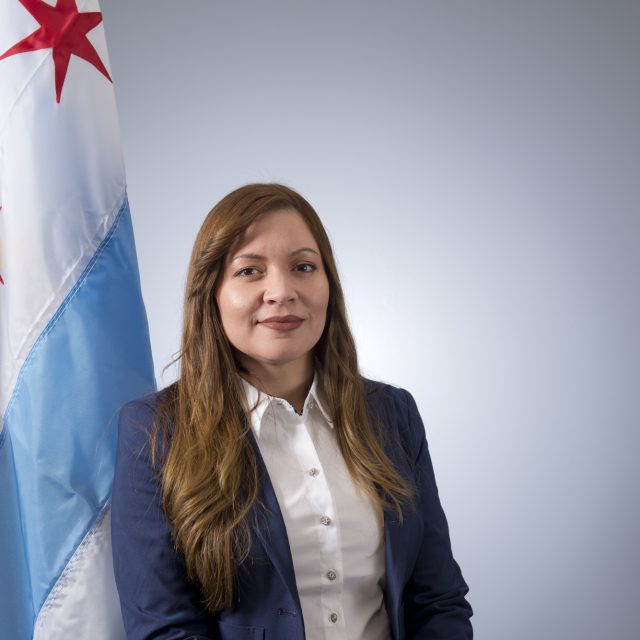 Keyla Vazquez serves as the Supervisor of Personnel Services and the EEO Officer for the Office of Inspector General. She has over ten years of experience as a Human Resource Generalist with knowledge in recruitment, compensation, personnel benefits, employee relations, and conflict mediation. She is also a member of the Society for Human Resource Management. Vazquez earned a BA in Business Administration from Robert Morris University and an MA in Higher Education Administration from Northeastern Illinois University. 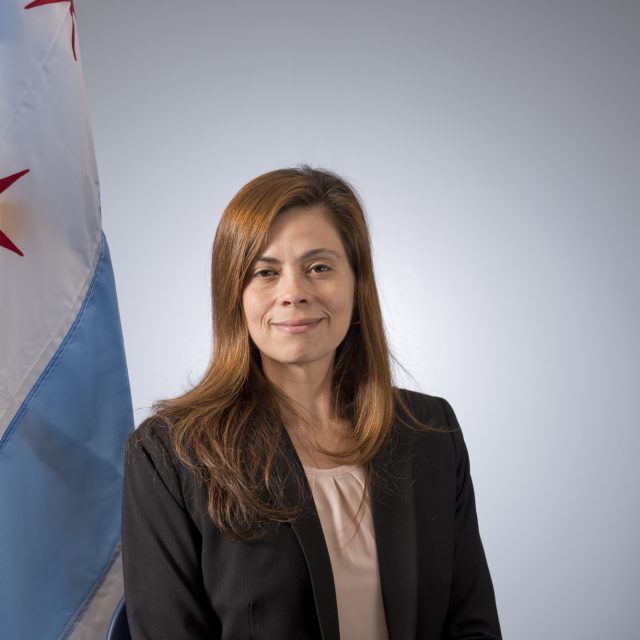 Melissa Villa joined the Office of Inspector General in 2000 and currently serves as Chief Forensic Data Analyst, supervising a data analyst team that develops the use of predictive analytics to leverage data for decision making. Her work involves applying statistical techniques to transform data into information to develop investigative leads, validate assumptions, and decipher underlying trends and patterns indicative of fraudulent behavior. Villa earned a BA in History from DePaul University and an MS in Analytics from the University of Chicago.